Marines, Ex-marines and the Information Battlespace

“Overgrown military establishments,” George Washington said in his farewell address of 1796, “are under any form of government inauspicious to liberty.”

Similarly, Dwight Eisenhower, 34th President of the United States (1953-61) and 1st Supreme Allied Commander Europe (1951-1952), in his farewell address as president warned that

“we must guard against the acquisition of unwarranted influence, whether sought or unsought, by the military-industrial complex.”

and he cautioned that

“the potential for the disastrous rise of misplaced power exists and will persist… Only an alert and knowledgeable citizenry can compel the proper meshing of the huge industrial and military machinery of defense with our peaceful methods and goals, so that security and liberty may prosper together.” 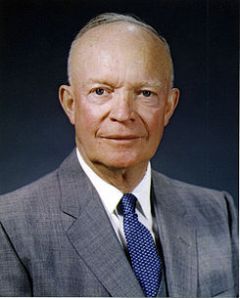 HRI has reported before about the information wars of the curent Supreme Allied CommanderAdmiral Stavridis.

Yet more evidence of the importance placed on control of the internet and the use of social media in propaganda operations comes from a 2011 document produced by the Marine Corps Council called “Strategic Communication and Marine Corps Veteran Organizations.”

This is the text from one of the slides illustrating how the internet is viewed:

The next slide supports our point about the dangers of military interference in public discourse, providing some background to the apparent false flag operations around Misrata:

So, what does this all mean? Marines must maneuver in the Information Battlespace